As Cal Poly prepped for the arrival of thousands of prospective students, the Iota Pi chapter of Kappa Kappa Psi was also eagerly awaiting the arrival of over 90 high school students from around the state to signal the start of the weekend-long Cal Poly All-State High School Music Festival. 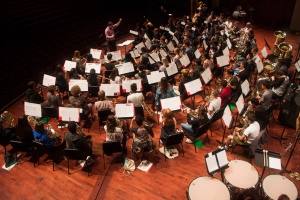 The festival featured two performing groups, the Festival Wind Orchestra and the Festival Jazz Band. Upon arrival on Friday, April 17, the high schoolers got the chance to listen to Cal Poly’s own University Jazz Band and Wind Ensemble perform. The next day was filled with rehearsal time for both groups. Finally, the students ended the weekend with a final sound check, a banquet, and their concert, which took place in Cal Poly’s Performing Arts Center. 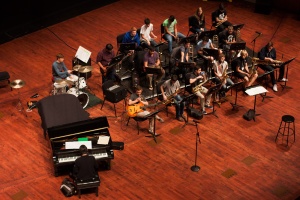 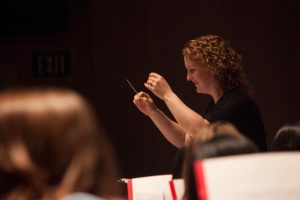 The festival coordinator, Rose Doylemason, helped organize and provide support for all of the weekend’s events along with her assistant festival coordinator, Max Linsenbard. Additionally, the event could not have been successful without the help of the rest of the Iota Pi chapter. Here’s to an even better festival next year! 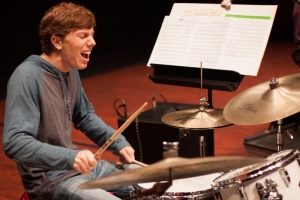